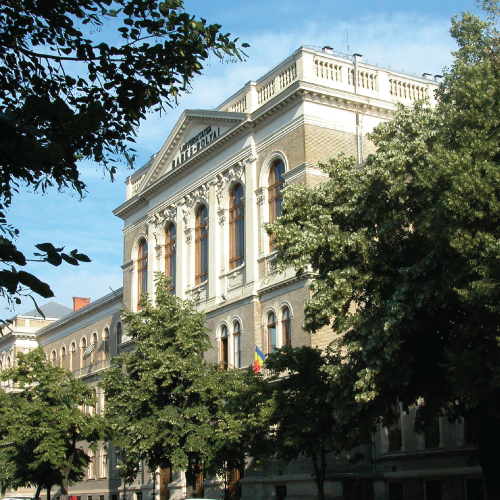 Babeș-Bolyai University has officially been ranked a four-star university, after a QS Star evaluation at the beginning of 2018. This distinction offers the status corresponding to a highly international university, demonstrating excellence in both research and teaching.

BBU provides a stimulating academic environment, through excellent opportunities for academic development and by ensuring employability for its graduates. The university also contributes to a knowledge-based society through advanced innovations.

„Celebrating the centennial for the Romanian university also means preserving the academic tradition and excellence that the UBB has. Now that our strengths (that have to be maintained and developed) are acknowledged, our mission is to extend them, avoid dangers and seize every opportunity”, according to the Rector of the BBU, Professor Acad. Ioan-Aurel Pop, Ph.D.

Professor Daniel David, Ph.D., the Vice-Rector, responsible for research, competitiveness – excellence and scientific publications at BBU has added that: „On the level of competitiveness – excellence we aim to make the BBU a Plus***** institution, designating a five-star world-class university! After the evaluation, BBU has scored over the limit for the awarding of a 4-star qualification but has not yet reached the 5-star thresholds. This goal can be reached in a few years, through balanced and diverse politics, that aim for the BBU Plus*****! This distinction is the result of a team effort, coming from the entire academic community at BBU. Our community has managed to honour its academic tradition of excellence, despite chronic underfinancing and legal burdens (for e.g. ambiguous regulations). Unfortunately, in the past years, authorities have been unable to sustain a programme that actively sustains academic excellence. Moreover, such efforts coming from the academic environment have been either abandoned by authorities or, recently, even institutionally punished. These will not only negatively impact academia, but also our country’s competitiveness and the well-being of our community. We do hope that the future will bring proper financial and legal support.”

In 2019 BBU will celebrate its centennial from being re-established as a university in the Kingdom of Romania, after the Unification. BBU has been the subject of an academic audit, performed by the prestigious British system QS Star (one of the most relevant university rankings on the international level), in order to objectively assess its academic results and plan future strategies. Moreover, BBU’s endeavour was also motivated by the repetitive attempts of political decision makers, to minimize and even denigrate the most relevant universities in Romania, by establishing politically motivated national rankings/hierarchies.