Romania’s Research-Development-Innovation Strategy Must Be Innovative As Well 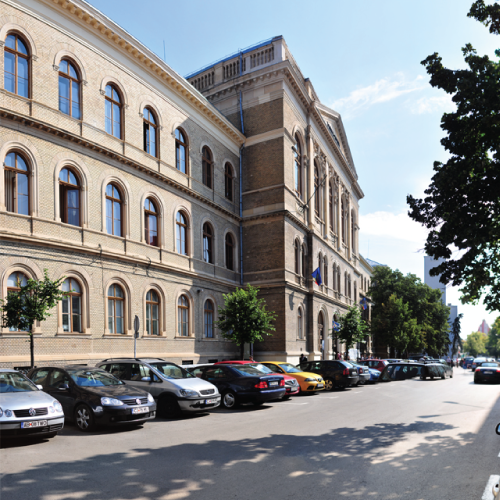 The GUILD organization, including some of the most relevant world-class (research-intensive) European universities, sounds the alarm about the importance of massive investments in human resources and research excellence.

In this regard, the GUILD has issued a call to the European Commission (EC)/ European Union (EU) entitled: “Successful ERA requires maintaining focus on Europe’s ability to create world class new knowledge”. Its main message is that investment in hands-on aspects is fundamental and must be pursued, but in order to become competitive, it must be anticipated and sustained by massive investment in human resources and research excellence (thus reinforcing the European innovative knowledge base), in order to create the framework for generating innovative applications with create competitive advantage, not only incremental.

As a member of the GUILD, Babeș-Bolyai University of Cluj-Napoca (UBB) disseminates the position of the organization in Romania, emphasizing a number of aspects which are specific to our country:

“In order to avoid turning into a scientific/technological colony, a country needs highly qualified human resources which can generate advanced knowledge through developing research of excellence, which can be further employed translationally for relevant disruptive or incremental innovations, thus producing competitiveness and well-being. Otherwise, applied research and its results often do not generate competitiveness, do not change paradigms and do not generate disruptive innovations, but more or less incremental local applications. Romania has massively committed in the 2021-2027 financial year to invest in research infrastructures. And that is a very good thing! However, the investment must be made wisely, namely (1) where there is a human resource capable of using it creatively and an advanced knowledge base that can support innovative applications and/or (2) in parallel with the development of these capabilities. Otherwise, (1) in today’s scientific dynamics infrastructures quickly become technologically outdated and/or (2) the innovations remain local/incremental and consequently the strategy amounts to a waste of the country’s resources”, said the Rector of UBB, professor Daniel David, PhD.

As of 1 June 2020, UBB became a member of the international academic organization the GUILD (https://www.the-guild.eu/), thus joining the 19 member universities. The GUILD brings together some of the most prominent European advanced research universities in 14 countries, aiming to advance the interests of academic institutions, researchers and their students, to maintain excellence, build trust as a foundation for public life, and place knowledge at the service of the community and of the social, economic and cultural development.

* The original version of the press release issued by the GUILD Organization regarding the call launched to the European Commission is available at the following link: https://www.the-guild.eu/publications/the-guild-statement_european-research-area_july_2020.pdf 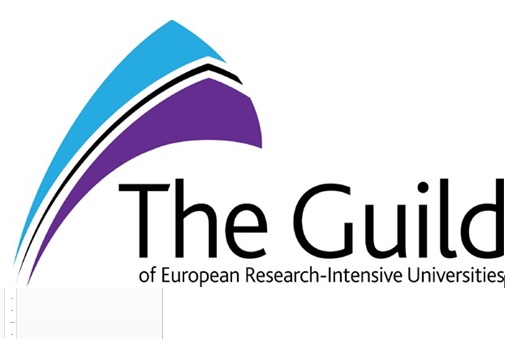 The Guild reissues its call for the European Research Area (ERA) to focus on strengthening the production of new knowledge through academic research.

The Guild first published its comprehensive recommendations for a renewed ERA in March 2020, highlighting the key priorities, values and governance aspects for the strategy. Since then, the coronavirus pandemic has brought the indispensable role of science into the public debate and has heightened the need for European and national research systems to work together towards common goals. As the EU institutions prepare their new priorities for ERA, The Guild calls for decision makers to use this momentum to reinforce the core objective of ERA, which is to build on Europe’s capacities for excellence in research.

The pandemic has shown the need for ERA to raise the profile of research policy in high-level policy-making,  to build stronger ties and dialogue with other policy areas, and to address the attractiveness and working conditions of researchers in Europe. However, an acknowledgement of the role of fundamental research has been missing in recent R&I policy developments at the EU level, despite the growing need for investments in frontier-led research demonstrated by the Covid-19 pandemic.

Furthermore, the economic crisis following the pandemic has increased insecurity over public investments for universities and fundamental research in the coming years. For Europe to build its resilience against future crises that science can help us prevent, pre-empt and manage, a long-term perspective in R&I investment is more important than ever. This includes the need for continued investment in scientific areas that are not necessarily seen as urgent priorities from  a policy-making perspective. The scale of the consequences stemming from underfunding or interrupting investments in specific fields of research is demonstrated by the current crisis. Therefore, we call on European governments to increase their investment in publicly-funded research and institutional funding of universities as part of their commitments to the renewed ERA.

Recent years have seen a growing emphasis on supporting industrial development and innovation in the EU’s R&I policy. Whilst the valorisation of knowledge is important, universities need investment and support from the EU and national governments in order to maximise their potential for the development of the European knowledge base. This is a precondition for the development of the evidence-based policies and research-based innovations that drive our economies. Here, ERA has an irreplaceable role in bringing together national governments and the EU to develop joint ambition, alignment and complementarity in European knowledge production where academic research plays a leading role.

When it comes to budget cuts to public research funding, some countries are more vulnerable than others. Here, the risk that the R&I divide in Europe might deepen as a result of the crisis should be taken seriously. Many countries rely heavily on their structural funds (ESIF) as a way to fund national and regional R&I capacities, which is why establishing links between ERA priorities and regional R&I strategies is crucial. However, a key concern for universities is the growing tendency of ESIF to limit their support to innovation-oriented activities and actors in the private sector. The Guild calls for decision makers in regional policy to urgently address those measures preventing the use of ESIF to support universities and their research activities and ensure prominent support for them as funding priorities.

Finally, the Covid-19 pandemic has put scientists centre stage in providing advice on societal development and there is now significant momentum to establish a more effective dialogue between scientists and decision makers, as well as for building on the trust that citizens have in science. At the same time, academic freedom and the institutional autonomy of universities urgently need protection in Europe against political interference and the spread of misinformation. While it must proactively protect these values, ERA should also act as a forum for ensuring that science does not become increasingly politically controlled as a result of the crisis. In order to engage with its main target group effectively, ERA should establish structures where scientists and the academic community are prominently represented in its priority-setting at regional, national and EU levels.