Bogdan P. Onac, Professor of Karst Geology and Paleoclimatology at the University of South Florida (USF), Associate Researcher at the “Emil Racovita” Institute of Speleology in Cluj-Napoca and Courtesy Professor in the Geology Department at UBB 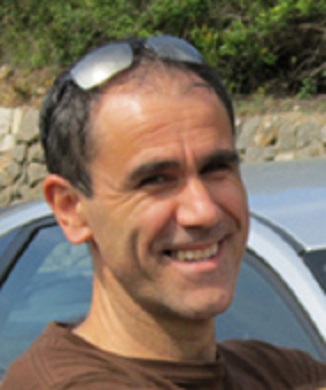 I am Bogdan P. Onac, Professor of Karst Geology and Paleoclimatology at the University of South Florida (USF), Associate Researcher at the “Emil Racovita” Institute of Speleology in Cluj-Napoca and a Courtesy Professor in the Geology Department at  UBB.

I graduated from the Faculty of Biology-Geography-Geology, the Geological Engineering Section of the UBB in 1987 and I obtained my doctorate from the same institution in 1996.

My main fields of research are paleoclimatic and paleoenvironmental reconstructions using cave deposits (speleothems, guano, ice), as well as mineralogical and isotopic geochemistry studies on various types of materials

On October 10, 2019, the Nature journal published the paper: Constraints on global mean sea level during Pliocene warmth, which has among its authors two former UBB graduates.  The main author is Oana A. Dumitru, a graduate of the Faculty of Chemistry (MS) and of the Faculty of Environmental Science and Engineering (PhD), and now a PhD student at the USF, and the undersigned as a correspondent author.  The study was conducted on particular types of speleothems (stalagmites, stalactites, etc.) with distinct morphology that only form in coastal caves, located less than 300 m from the shore of the Mediterranean Sea. Due to their location, the caves were flooded in the Earth’s past each time the sea level rose.  When the water remained stagnant at a certain level for at least several hundred years, it  caused a carbonate encrustation called phreatic overgrowth on speleothems (POS) to be deposited at different elevations around flooded speleothems and cave walls.  For our study, we collected 6 such POS from a cave in the north-eastern part of Mallorca (Spain), precipitated between 22 and 32 meters above the present sea level.  By conducting radiometric measurements with the uranium-lead method we obtained ages between 4.4 and 3.3 million years (Ma) in the dating laboratory of the University of New Mexico in Albuquerque (USA).

One of the most relevant sample is the one aged 3.3 million years, because it formed in an interval of great interest for the scientific community. Why? Because between ~3.3 and ~3 million years ago the temperature reconstructions suggest that it was 2-3ºC warmer than at present, and the CO2 concentration in the atmosphere was similar to the present one.  Thus, this period of the past is used as an analogue to understand and estimate how fast the sea level will rise in the future, given the global warming affecting our planet.  For this climate scenario, our results indicate a sea level 16 m higher than at present.  Another relevant sample analyzed by our team comes from a period with an even warmer climate (with ~4ºC more than at present), for which our study shows that the sea level was 23 m higher than at present. Due to the accuracy of the results obtained, our estimations regarding the amplitude of the fluctuations of the sea level are better constrained, constituting an important step forward for this type of studies.

I will continue to scientifically exploit the mineral resources (speleothems) existing in the coastal caves of Mallorca, Sardinia, and Cuba, where there is an incredible potential for studying past sea level oscillations.  Also, after a successful series of climate and environmental reconstructions using stable carbon isotopes from the guano deposits in a number of Romanian caves, it is time to extend this type of research to other caves in Europe and the USA.  For the latter studies, I collaborated with Dr. Ferenc Forray from the Department of Geology, who performed a good part of the isotopic measurements in the Isotopic Geochemistry Laboratory at  UBB.

I was trained as a geologist at UBB, got my doctoral degree at UBB, and I was a professor at UBB between 1996 and 2011; this is why I try to maintain active collaborations with former colleagues from my Alma Matter Napocensis.

Although I consider  UBB to be the best university in Romania, I think its maximum potential has not yet been reached.  I know that the economic situation is not the most favorable in Romania, but I strongly believe that scientific research has incredible human and analytical resources.  Coupling the two could push UBB among world’s top 500 universities.