Duke of Edinburgh Gold Award Ceremony to be hosted at Babeș-Bolyai University – Three Royal Houses honoring the ceremony and the multicultural profile of the University. 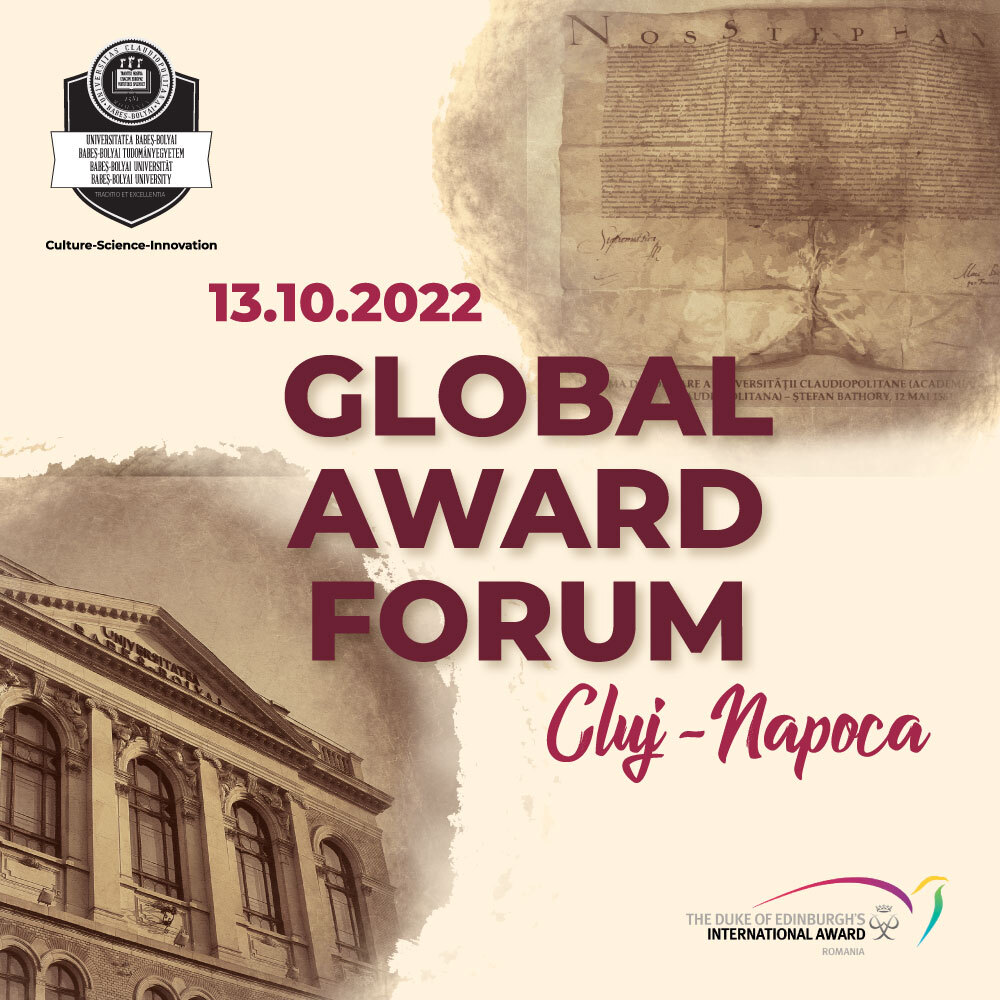 Babeș-Bolyai University in Cluj-Napoca (BBU) are looking forward to celebrating the Gold Award Ceremony of The Duke of Edinburgh’s International Award, during the Forum 2022, on 13th October 2022 in the Auditorium Maximum of the University.

On this occasion, BBU will welcome Her Majesty Margareta Custodian of the Romanian Crown, His Royal Highness Prince Edward, The Earl of Wessex, and His Royal Highness Prince Guillaume, Hereditary Grand Duke of Luxembourg. Also, His Excellence Mr. Andrew Noble (the British Ambassador to Romania) and His Excellence Mr. Shajjad Rizvi (president of The Duke of Edinburgh’s International Award Romania Foundation and honorary consul of the UK in Cluj).

During the ceremony, The Earl of Wessex will honour 80 young people from across Romania who have achieved their Gold Awards. His Royal Highness is Chairman of the International Award Foundation and will lead guests at the event in celebrating the incredible achievements of the Gold Award holders and paying tribute to their hard work. The evening will also include talks on education with 600 international guests, cultural artistic performances from students at The British School of Bucharest.

In addition, during this celebratory event, at the Auditorium Maximum, Babeș-Bolyai University will hold an academic ceremony bestowing a medal as commendation for their contributions to education and society to Her Majesty Margareta Custodian of the Romanian Crown, His Royal Highness Prince Edward, The Earl of Wessex, and His Royal Highness Prince Guillaume, Hereditary Grand Duke of Luxembourg. This event will take place also in the context of BBU celebration its multicultural profile and academic accomplishments.

The rector of BBU, professor Daniel David, made the following statement: “As rector, I am happy to host this evening’s celebration of The Duke of Edinburgh’s International Award Global Forum, as BBU is an Award Centre of this important international organisation. It is with great pleasure, also, that we welcome the representatives of the three European Royal Houses as our guests. Since its founding, in 1581, the history of the university we now call BBU has been intertwined with that of the great royal families of Europe, whose emblematic figures are today honoured in the BBU Gallery. Indeed, the 1581 founding diploma had once been granted by the grace of Pope Gregory XIII, by King Stephen Báthory, Prince of Transylvania and King of Poland and Grand Duke of Lithuania Union (one of the greatest states in medieval Europe). The privileges granted in the diploma have been being acknowledged and re-stated by the emperors of the Holy Roman Empire of the German Nation (initially, by Emperor Leopold I, in 17th century), Empress Maria Theresa raising it to the rank of Imperial University, in 18 th century. The shift to Hungarian University occurred in 19th century, under Franz Joseph, emperor of the Austro-Hungarian Empire (the institution taking his name); the transformation into Romanian University occurred by grace of King Ferdinand (name taken by the university), in 20th century. Within the academic community of BBU, together with important scientists and artists, emperors, kings and queens and grand dukes have also found their honorary place (e.g., Doctor Honoris Causa). They all watched over the development of this university, in time. Babeș-Bolyai University, the heiress of this academic tradition and successor of the above mentioned institutions, has been honouring this history through important events: in 2019 – the centennial of Cluj Romanian higher education/ BBU; in 2021 – 440 years of higher education in Cluj/BBU, including of German higher education, which began in 18th century, organised multiculturally and without interruption in the past 25 years; and in 2022 – 150 years since the introduction of Hungarian higher education in Cluj/BBU. It is now our turn to honour the Royal Houses for strengthening good around the world, especially by supporting experts in education and the young, who in their turn support BBU directly and/or by involving the institution in joint international endeavours. It is a pleasure and a honour to host this event at BBU!”

In the end, the BBU Rector pointed that: “I am particularly glad that Her Majesty Margareta, Custodian of the Romanian Crown will honour us with Her Majesty’s presence today, when we celebrate 150 years since the foundation of Hungarian university. King Michael I, Her Majesty’s father, succeeded in rebuilding the past in a constructive way by rebuilding in 1945, in Cluj, along the Romanian King Ferdinand I University also the Bolyai Hungarian University – the two standing grounds for the current Babeș-Bolyai University in Cluj-Napoca, as one of the most complex multicultural universities of Europe, with three official languages of study, reflecting its history: Romanian, Hungarian, and German. A decade ago, the Romanian Royal House celebrated 140 years since the event by granting BBU a distinction – the Royal Decoration Nihil Sine Deo.”.

The event, organised during 11th-15th October 2022, in Cluj-Napoca, by The Duke of Edinburgh’s International Award Romania Foundation, takes places every three years in various countries across the globe, bringing together world leaders in non-formal education and learning from more than 130 countries worldwide: https://dofe.ro/en/global-award-forum-2022-cluj-napoca-4/ His Royal Highness Prince Edward is attending the international event in his capacity as Chairman of The Duke of Edinburgh’s International Award Foundation, which is focused on supporting young people and education. 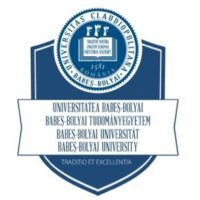 Babeș-Bolyai University in Cluj-Napoca (BBU) is the university with the oldest academic tradition in Romania (founded 441 years ago – 1581), representing the largest academic community in the country (with over 55,000 students and staff members, in 15 cities and 11 counties). Since its foundation, BBU has been part of the gallery of prestigious and referential universities in Romania, and during the past 7 years it has ranked first in the country, in the University Metaranking, which combines the major international rankings of universities. For several years now, BBU has occupied top positions at national level in the global rankings and in rankings on fields; it has constantly been among the 5% of world universities, with an advanced academic infrastructure (e.g., RDI units integrated into European networks, modernised didactic laboratories integrated with virtual/augmented/mix reality through the BBU-EON-XR Centre etc.). Recently (in 2021), following an international audit by QS STAR, BBU has been confirmed as the first “world-class” (QS*****) university in Romania, and in 2020 it was accepted into the GUILD, the organisation of some of the most prestigious world-class/research-intensive European universities, it has received the HR Award for Excellence, and in 2021/2022 it has become part of the EUTOPIA European university alliance.