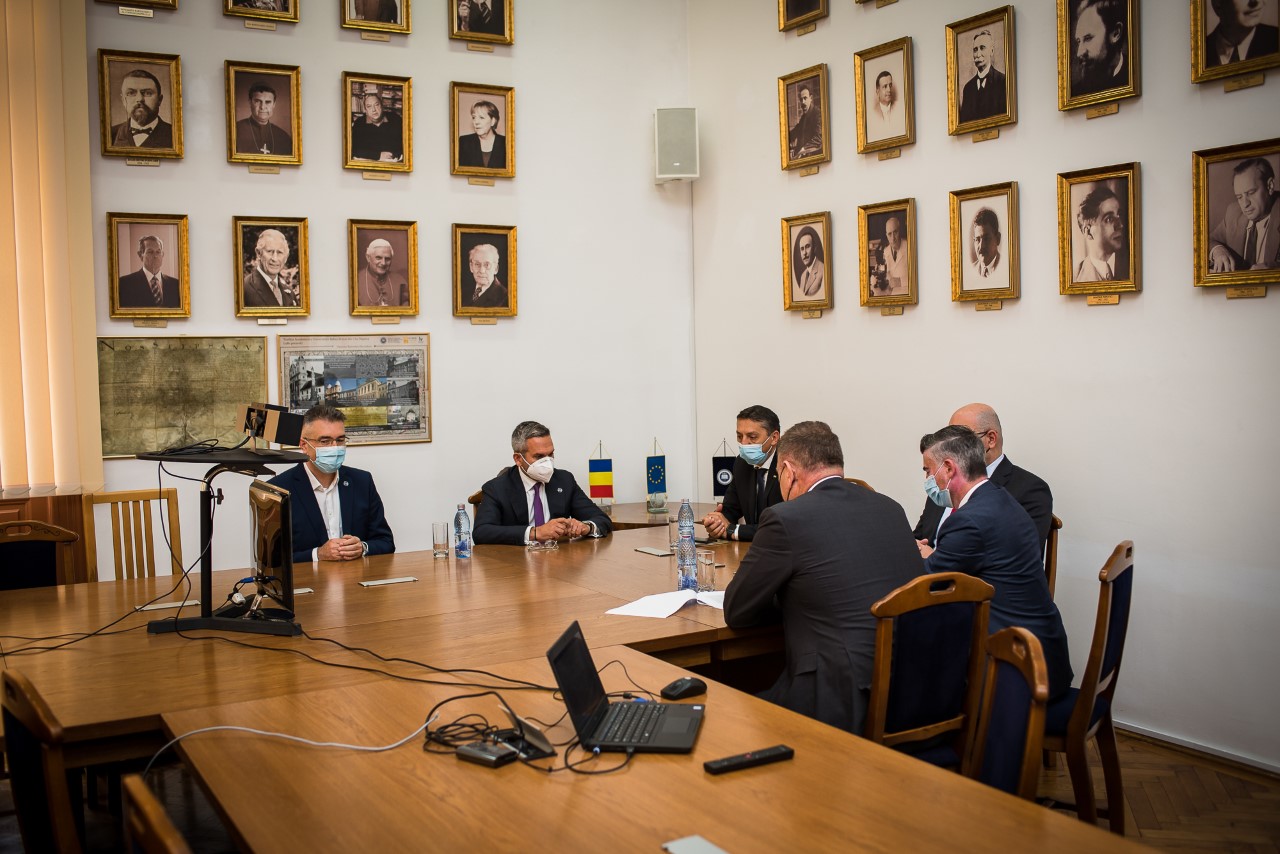 On Tuesday, 18 May 2021, the Rector of Babeș-Bolyai University (UBB), Professor Daniel David, PhD, welcomed the representatives of the American company SAS and of Banca Transilvania to develop a new approach on artificial intelligence (AI) on the eve of a new industrial revolution.

UBB brings to this approach the largest doctoral school of artificial intelligence in Romania as well as a top ecosystem in information technology, while the American company SAS brings world leadership in artificial intelligence platforms and Banca Transilvania is a beneficiary and strategic contributor to the stimulation of trained human resources in this field.

The Faculty of Mathematics and Computer Science at UBB and the American company SAS have now laid the groundwork for a new master’s degree in AI/Data science in English with an international reach, with SAS supporting UBB as an AI/Data science hub in Romania, with implications for Romania’s innovation and digitalisation.

According to SAS spokespeople, the “SAS Academic Initiative for Innovation and Digitalisation of Romania seeks to include a network of universities in the country, based on the competitive advantages they posses. But, just as SAS launched 40 years ago at the University of North Carolina in the United States, it now intends to launch this (national) project for the innovation and digitalisation of Romania at the prestigious UBB.”

“UBB boasts the largest faculty of computer science in Romania and one of the most competitive faculties in the country. UBB has long been focused on an IT ecosystem, capitalising on its national and international competitive advantages in (1) Artificial Intelligence/AI (e.g. generating, as a school, the largest number of doctors in AI in Romania and developing innovative services, including machine learning, for major players, such as Banca Transilvania, county hospitals, etc.), (2) Big data/data mining/high performance computing (e.g. in collaboration with Bosch and SAS – based on the most powerful supercomputer in Romanian universities in terms of simultaneous computing capacity), (3) Virtual reality (e.g. developing mental health technologies and the first Centre in the country in partnership with the American company EON Reality), (4) Robotic therapy (e.g. building the first autonomous psychotherapy robots for certain mental disorders through European programmes), (5) Strategic digitalisation (e.g. in collaboration with Microsoft) and cybersecurity, and (6) Blockchain technology (e.g. developed in collaboration with Blockchain Academy in the USA). Furthermore, UBB’s recent inclusion in the EIT Digital attests to the maturity and robustness of the UBB ecosystem in information technology (IT). The new academic programme developed in collaboration with the American company SAS reinforces and improves UBB’s ecosystem. All of these competitive advantages are also the foundation for the intelligent specialisation that UBB proposed, in collaboration with City Hall, for the city/region/country, namely InfoBioNano4Health,” explained the UBB Rector, Professor Daniel David, PhD. 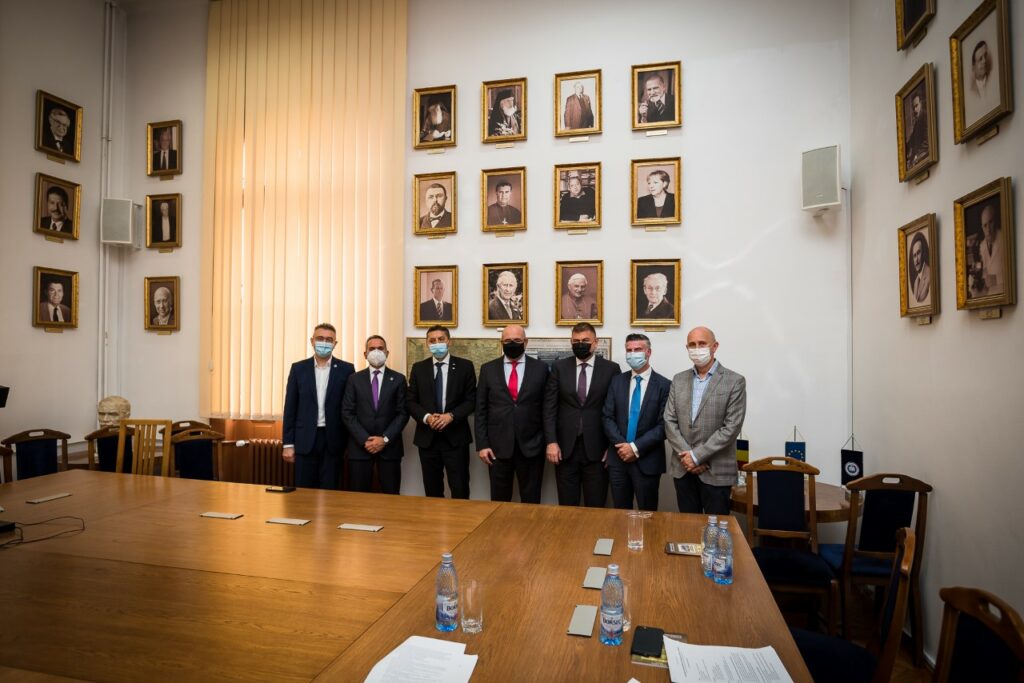 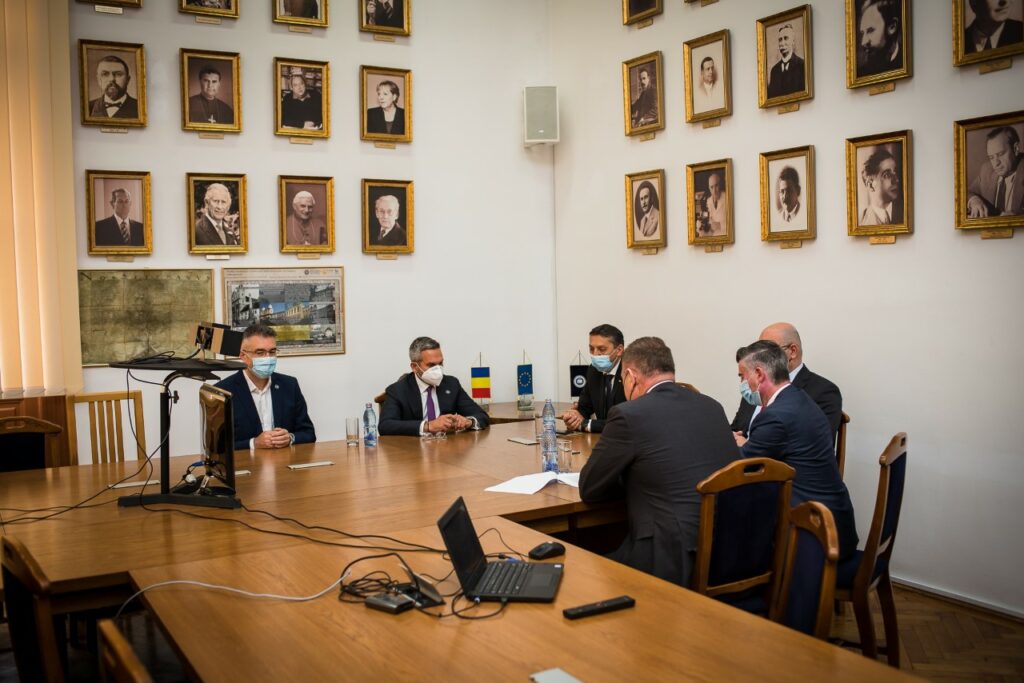